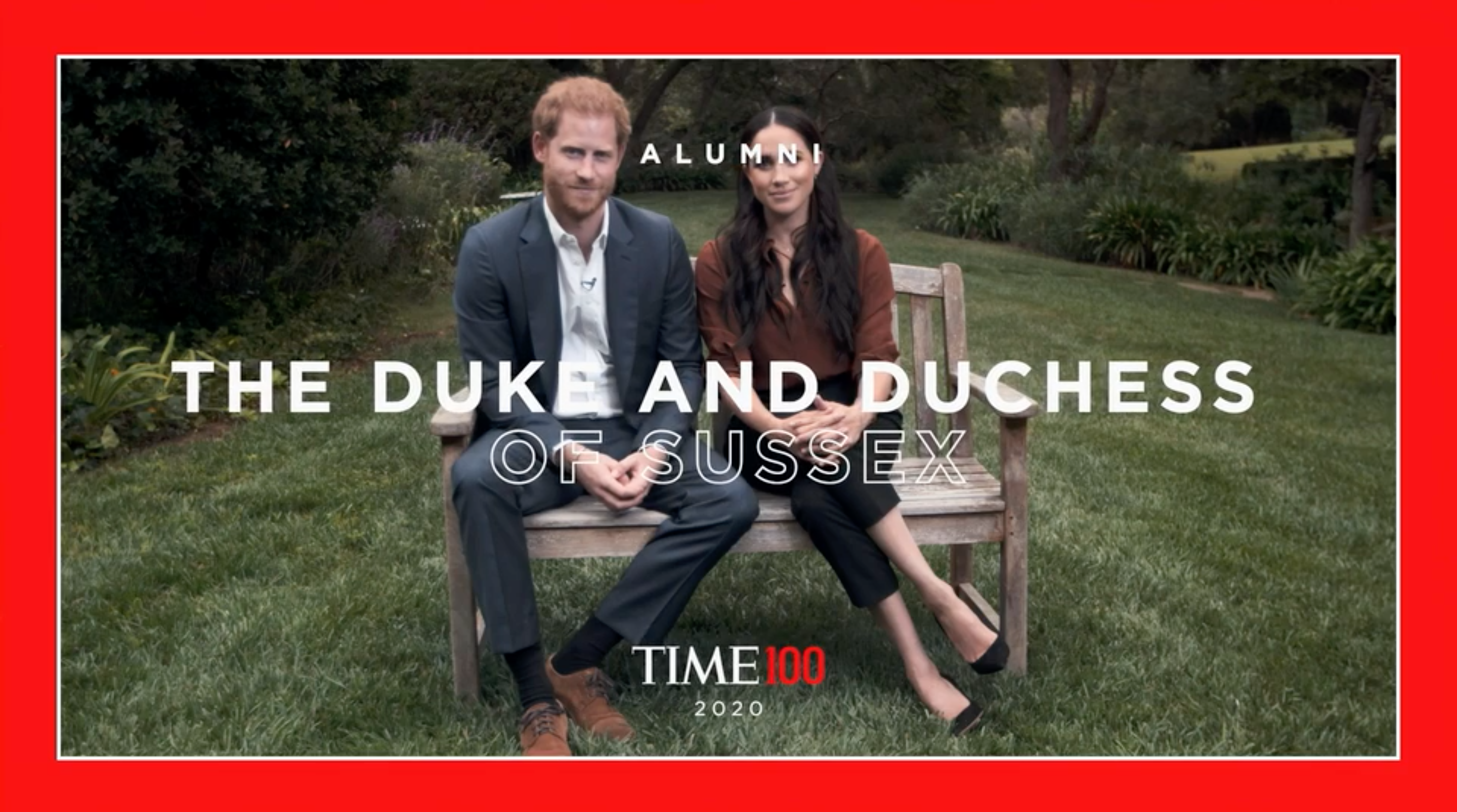 Meghan Markle and Prince Harry are once again using their fame to help make the world a better place. The famous Royal couple has decided to use their TIME 100 feature, not only to encourage Americans to get out and vote, but also to address online hate speech.

Last night, the famous Royal couple decided to use their TIME 100 feature to discuss voting, and the importance of spreading positivity online. In the powerful message, the couple sat side by side in what looks to be their home in Montecito, California. Meghan began the statement by saying, “We need to redraw the lines of how we engage with each other both online and off.” Meghan Markle goes on to say, “What we’re exposed to online seeps into how we engage with each other offline, it can train us to be kind or train us to be cruel.” Harry mirrored the Duchess’s statement by saying, “When one person buys into negativity online, the effects are felt exponentially.”

The Duchess of Sussex and Prince Harry are no strangers to online hate. In the last few years, it seems as though the spread of misinformation regarding their relationship and their departure from the Royal family has taken over the tabloids. Some would even argue that the negative media was also a huge contributing factor for Meghan and Harry decision to separate from the Royal family and head for the states.

Regardless of their personal experiences with the online hate, the couple stands strong and deeply connects with the audience as they encourage viewers to “reject hate speech, misinformation and online negativity.”  Prince Harry goes on to say, “What we consume, what we are exposed to, and what we engage with online has a real effect on all of us…”

The Royal couple ended by congratulating the 2020 TIME 100 winners and acknowledging their contributions to make the world a better place, “Tonight reminds us to watch out for each other, care for each other and inspire each other” said Meghan.

Did you watch the special? Be sure to check it out here and let us know what you thought of Meghan and Prince Harry’s address in the comments!