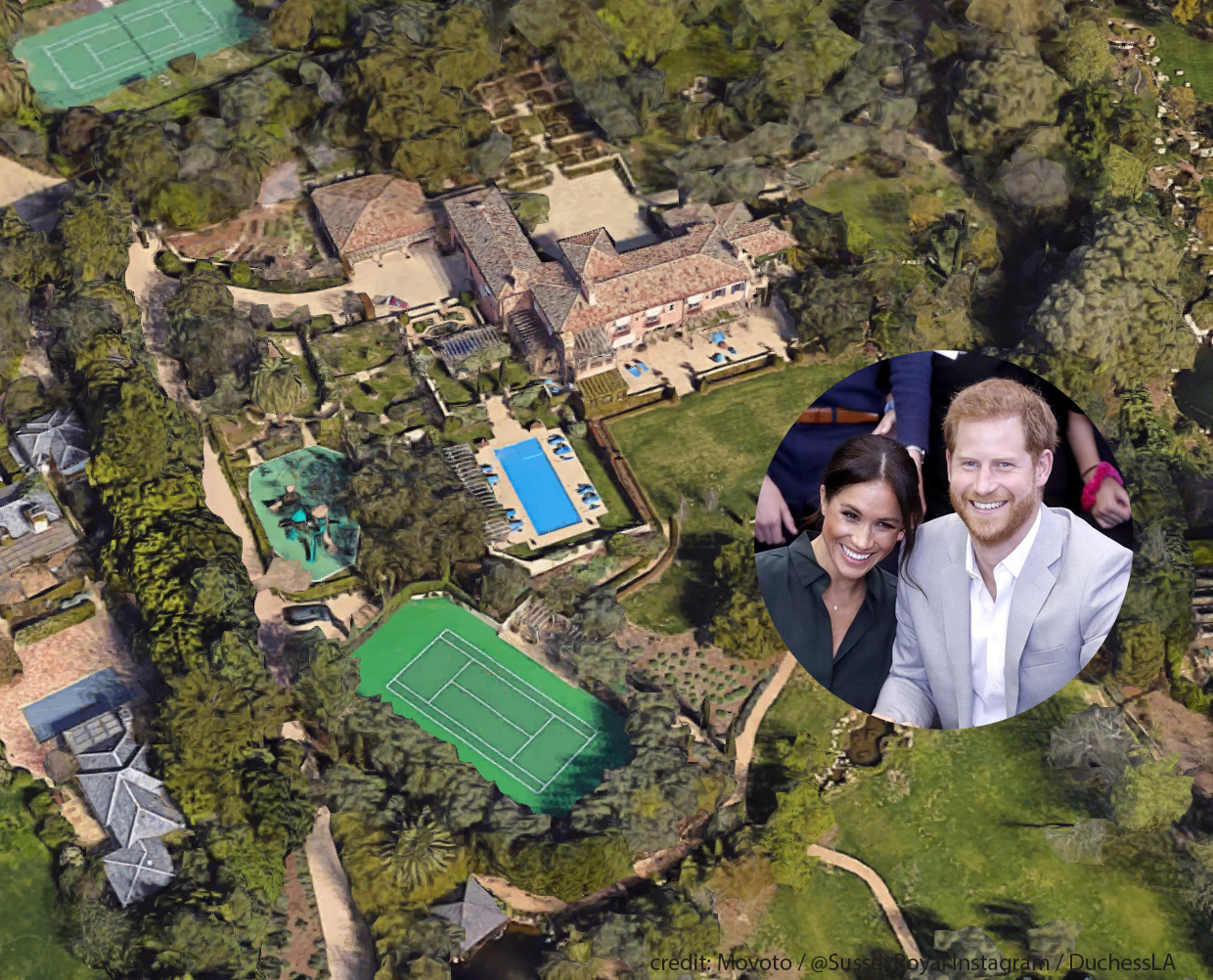 After a busy year,  Meghan Markle and Prince Harry have established roots in California and  officially purchased their first home together as a married couple.

As you may remember the Duke and Duchess of Sussex officially left the Royal family in March. Upon their departure, the two spent some time in Canada before moving to Beverly Hills. The famous couple had been staying at friend, Tyler Perry’s 24,000 square-foot, $18 million dollar mansion. They kept a rather low profile and followed COVID restrictions, stepping out only to volunteer their time at charities throughout Los Angeles.

The couple has finally settled on a location for their first new home together and it is not in Los Angeles. According to Variety, some time in June the couple officially purchased their first home together, a sprawling $14.65 million dollar compound located in Montecito, California. Interestingly enough, the couples’ names do not appear on the deed of the property. The very quiet sale of the estate was sold to an unknown trust with a mysterious name. Variety goes on to reveal that the trust is actually associated with an address belonging to Meghan Markle’s long-time Business Manager.

Although images of the inside of the property have yet to be released, we do know the new Sussex estate features nine bedrooms and sixteen bathrooms. The compound includes a gym, library, full-size tennis court, lap-lane swimming pool , spa, wet and dry sauna, amongst other incredible features. More importantly, the compound features multiple guest homes, one of which is said to be where Meghan’s mother, Doria Ragland will be moving in. It is no surprise as it was rumored that Doria had moved into Tyler Perry’s mansion to help with Baby Archie.

The 19,000 square-foot Mediterranean inspired mansion is located Montecito, an upper-class, low-key community in Santa Barbara, California. Montecito has been an an A-list celebrity favorite for generations. In fact, it is said that Santa Barbara and Montecito has more celebrity homes per square miles than Beverly Hills. Meghan and Prince Harry’s new neighbors include Ellen Degeneres, Oprah Winfrey, Katy Perry, Ariana Grande, amongst others.