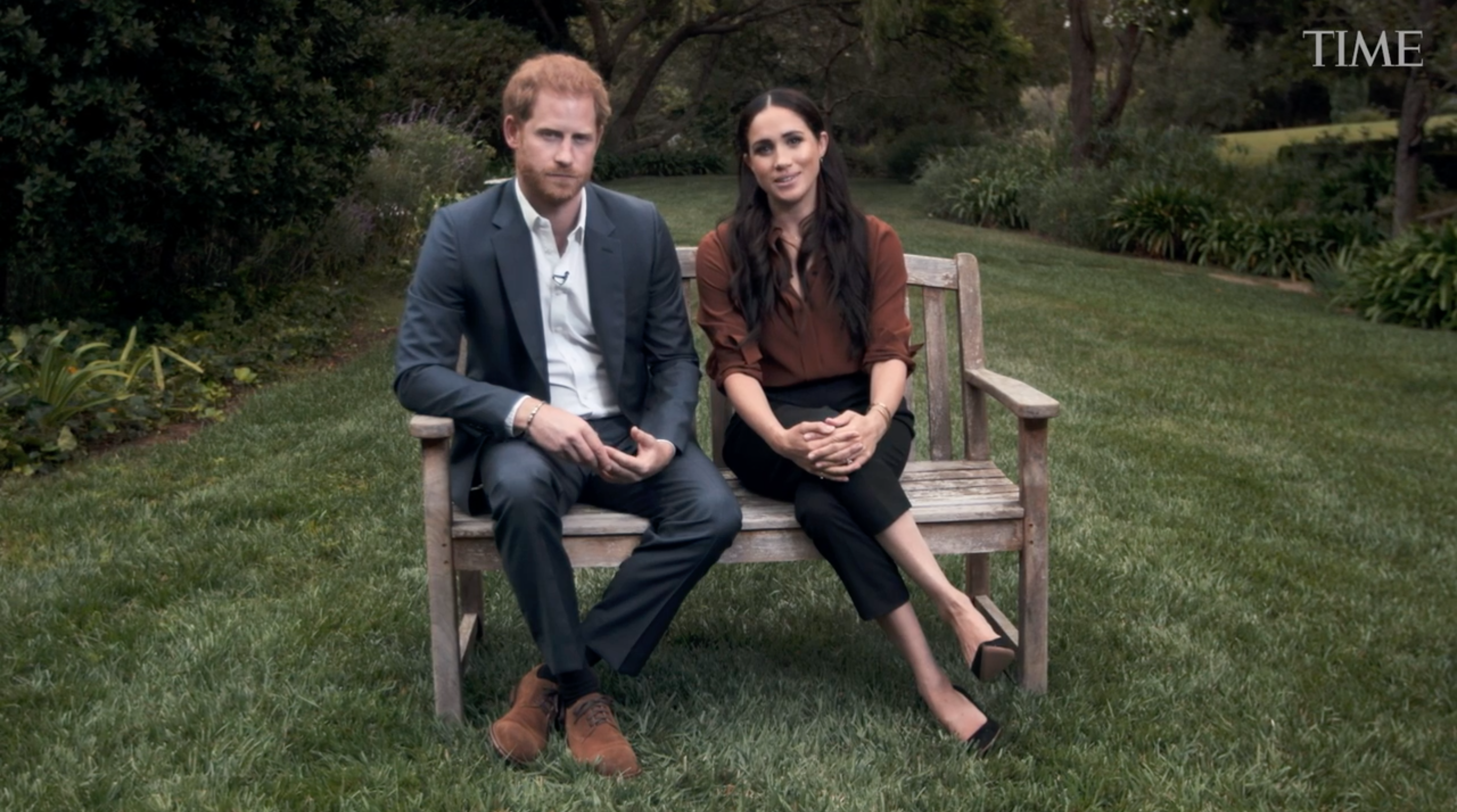 The Duchess of Sussex, Meghan Markle and Prince Harry are once again using their platform for good and urging you to vote in the upcoming Nov. 3rd US election.

In the newly released TIME 100 special, the Royal couple decides to break from Royal protocol and make a political statement- the statement: get out and vote! Royal family members are usually banned from making any political statements, which is no issue as Prince Harry and Meghan Markle stepped down from their Royal duties back in March. In fact, Prince Harry has never actually voted in a political election and is not able to vote in the upcoming US elections, something he addresses during their appearance.

During the TIME 100 special, the couple touches on the importance of this election saying, “Every four years we are told the same thing, that this is the most important election of our lifetime, But this one is. When we vote, our values are put into action and our voices are heard. Your voice is a reminder that you matter, because you do and you deserve to be heard.”

In the last two months, Meghan has taken a very active role in getting Americans to vote. In early August, she teamed up with Marie Claire and 99 other influential women including Michelle Obama, to speak on why they vote and what voting means to them. More recently, Meghan teamed up with feminist icon, Gloria Steinem to cold-call voters from her dinning table. Steinem describes how important this election is for Meghan telling Access Hollywood, “She came home to vote. The first thing we did, and why she came to see me, was we sat at the dining room table where I am right now and we cold-called voters.” Steinem also told reporters that the Duchess, who she calls Meg, not only came back home to America to vote, but also, with the initiative to get Americans to vote.

As we continue to see Meghan Markle get more and more involved with politics, we cant help but wonder if she too will be running for office soon. The DuchessLA team is so here for a Markle 2024 ticket!

Watch the full TIME 100 feature below: