Major Biden, from Dog Shelter to White House, The Story of the First Presidential Rescue Dog 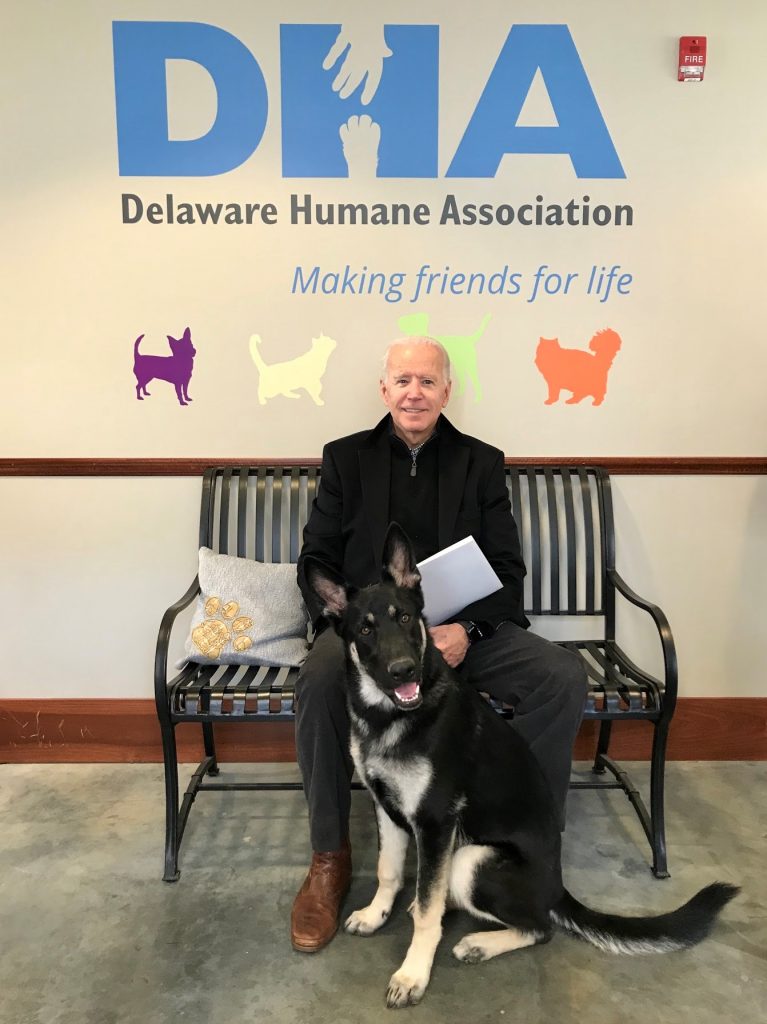 DuchessLA loves a good pet adoption story. Some of our readers may remember a story we did on Meghan Markle’s rescue dog, Guy and his truly unbelievable rags to riches journey- if you haven’t checked it out be sure to do so HERE! So, when we found out that the White House will get its first-ever rescue dog this January, we had to get the full scoop.

It goes without saying that this past presidential election was incredibly historic for a number of reasons. Americans broke records coming out to vote in numbers unlike anything we have ever seen before. Americans also made history by electing the first Woman and Woman of color Vice-President-Elect, Kamala Harris. But on January 20th, an unofficial Biden campaign staffer will make history of his own. We are referring to Major Biden, Joe and Dr.Jill Biden’s adopted German Shepherd who you may have spotted on the campaign trail.

When the Biden family moves into the White House in January, Major will make history becoming the first-ever rescue dog to live on the grounds. In fact, of all 45 U.S. Presidents, there have only been 2 Presidents without a dog but none with a rescue dog. President-Elect Joe Biden and Dr. Jill Biden adopted the German Shepherd from the Delaware Humane Association back in November of 2018. “We are so happy to welcome Major to the Biden family, and we are grateful to the Delaware Humane Association for their work in finding forever homes for Major and countless other animals,” the couple wrote in an official statement.

The pup was not doing well at all, according to a recently resurfaced Facebook post revealing that he was part of a surrendered litter that had come into contact with something toxic. In looking at Major’s adorable grin, it’s hard to think anyone could give him up, but the owner was unfortunately unable to afford veterinary care. That’s where The Delaware Humane Organization stepped in.

The Delaware Humane Organization, who now proudly displays Major Biden’s photo on their webpage (check out the precious snap below), is a nonprofit, no-kill, animal care and adoption center. The group not only houses and feeds homeless and owned dogs, but they also strive to find them new, caring home. If that weren’t enough, they also give back to their community by offering affordable services such as spay and neuter, vaccinations and a food pantry. The group receives no government funding and relies on volunteers. They also rely on social media and word of mouth to promote the cats and dogs available at the shelter. This is exactly how the Biden’s “caught wind of them and reached out immediately.” The Biden’s went through the entire adoption process, even fostering Major in their home before making the adoption official.

Major Biden will be joined by Champ Biden, also a German Shepherd. Together, Champ and Major will be the first dogs to reside in the White House in four years. Champ joined the Biden family in 2008 shortly before Joe Biden became Vice President. The name which was chosen by Joe and Dr. Jill’s grandchildren also holds a special meaning as Biden’s father would often tell him to “get up, champ” during tough moments. Although President-Elect, has not spoken publicly about the meaning behind the name, Major, some sources speculate that it could be to honor Joe Biden’s late son, Beau Biden who was a major in the Delaware National Guard.  Interestingly enough, this will be the second German Shepherd in the White House named Major, after Franklin Roosevelt’s dog who shared the same name.

You may have spotted Major and Champ hitting the campaign trail with President-Elect, Biden. The two are often featured on their social media pages which could be a contributing factor to Biden’s popularity in the dog community.

Biden’s dog-loving fans even went as far as to create the website dogloversforjoe.com, a site which simply shows their support for the candidate. “Red State or Blue State, we can all agree on the power of dogs” reads the site. The Biden camp definitely embraced the dog-loving community often producing some pretty adorable puppy content for their social platforms. Check out their latest post on Instagram below which features a pub wearing sunglasses- come on!

Now that the White House will have not one but two dogs, we are pretty excited to get to know Major and Champ in the next four years. We can’t help but wonder if the two will ever have a playdate with Guy Markle. Considering Joe and Prince Harry have a special bond it is definitely not out of the realm of possibilities.