Do not write Meghan Markle’s Name on Your Ballot 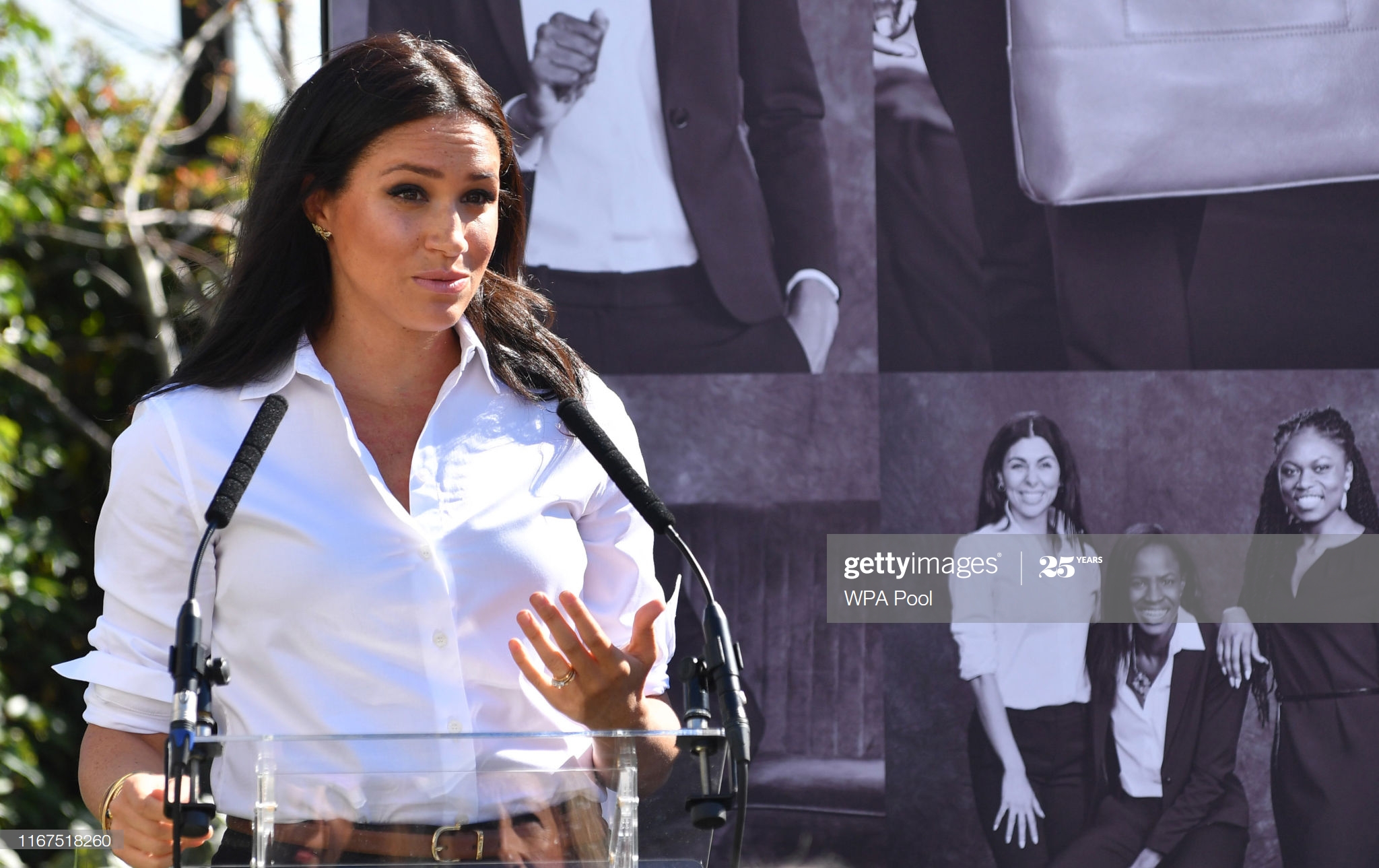 A fake ‘Meghan Markle for president’ website is asking voters to write in the Duchess of Sussex’s name on their ballots. Could this be a new approach to suppress voters? Meghan Markle’s team has already confirmed they have zero association with the site.

On the website, which we will only be mentioning here so we can properly warn fans, goes by the name of meghanforpresident.com. The fake site seems to be legit at first, with real Meghan Markle quotes throughout, in fact, it even looks like a politicians website in the way it keeps with the red, white and blue theme.

Upon further inspection, however, many of the links lead to nothing or lead to the same web page. For example, the site features a donate button labeled “contribute” but it goes nowhere. Furthermore, the people or person behind the site went as far as to create a Meghan Markle for president twitter; for now it seems to be private.

The most alarming part of the site is the way they sited usa.gov. Sure, they properly quote the site, but chose to omit a very key detail in the quote:  “But writing in a name doesn’t mean that vote will count. Many states require write-in candidates file paperwork before the election. Otherwise, the state won’t count the person’s votes.” Considering Meghan Markle did not file the paperwork prior, writing in her name could mean your vote wouldn’t be counted.

Meghan Markle has been a huge advocate of voting and voters rights. Over the summer, she participated in the When All Women Vote, Week of Action, a virtual voter registration couch party. Moreover, just last month, the Duchess of Sussex and Prince Harry appeared on TIME 100’s Most Influential People special urging Americans to vote, “When we vote, our values are put into action and our voices are heard. Your voice is a reminder that you matter, because you do and you deserve to be heard”, said Meghan.

The Duchess also sat down with activist legend, Gloria Steinem to personally cold call voters to encourage them to register and vote. The two also sat down for a Q&A for feminist media platform, Makers where they discussed voter suppression. The Duchess told Steinem, “I’ve been really concerned about voter suppression.” To which Steinem responded, “If you don’t vote, you don’t exist.”

Meghan made another powerful statement during her sit down with Steinem regarding minorities and intimidation tactics, “For example, if you’re a person of color and you’re in line, for potentially hours on end and during that time someone tries to intimidate you to tell you that you should get out of line because you might be under surveillance, or any number of intimidation tactics, that are so scary.” The Duchess went on to say, “And then you think. You know, it’s not worth it. You decide to step out of line and relinquish your right to vote.”

A representative for the Duchess of Sussex told Newsweek, “It’s obviously nothing to do with us. I have no idea about the motives of whoever has done it, whether its malicious or a joke.” They went on to tell the publication, “There’s fake websites that crop up all the time, whether it’s posing as a charity or posing as a product that they’re endorsing. It’s not often that we get them in politics but fake websites do appear quite a bit.”