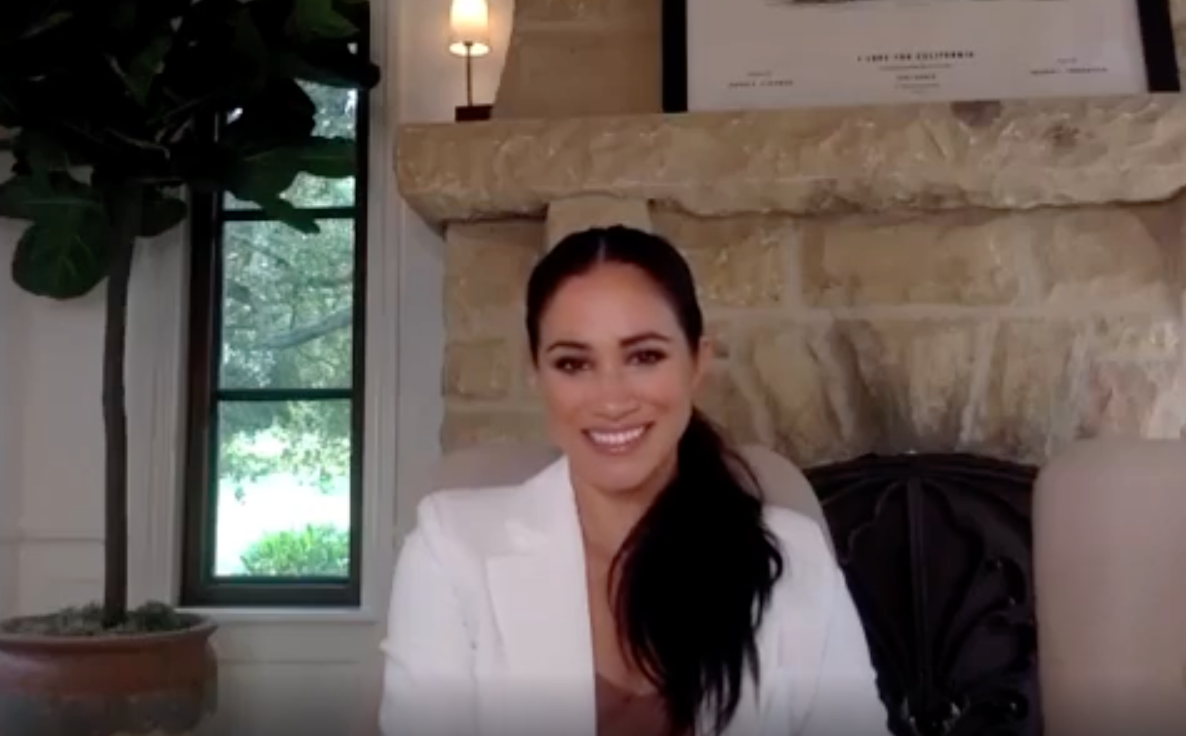 Meghan Markle is now a start-up investor. The Duchess of Sussex has revealed to Fortune that she has invested in the women-led start-up, Clevr Blends.

USE CODE: DUCHESSLA15 FOR A DISCOUNT ON CLVR Blends.

Just 9 months after officially stepping down from the Royal family, the Duchess of Sussex is building her portfolio of startup investments. On Monday, the former actress revealed she has invested in Clevr Blends, a California-based company that makes instant-oat milk lattes, led by CEO, Hannah Mendoza.

“This investment is in support of a passionate female entrepreneur who prioritizes building community alongside her business,” the former actress told Fortune magazine. The women-led company does not only sell instant lattes, but they give back to the community by donating a percentage of their revenue to organizations that fight for food justice in the United States. They also do their part in using only 100% recycled and 100% recyclable shipping materials. Long before she was married Prince Harry, Markle has always made gender equality and the empowerment of women one of her core causes. During her United Nations address on International Women’s Day in 2015, the Duchess proudly stated she is “proud to be a woman and a feminist.”

Clevr Blends, which is based out of Santa Barbara, California is just minutes away from Meghan’s new home in Montecito, California. Till now, the company has been self-funded and Markle’s investment was not part of a larger funding round. The amount of Markle’s investment was not disclosed but the company plans on using the investment to scale their business. It looks like her investment is already paying off, in just a few hours, Clevr has been flooded with orders writing on their website: “Due to high demand (!) orders will arrive in January.”

The company is also getting some love from a pretty big name. On Sunday, Oprah gave her seal of approval telling her Instagram followers that her neighbor “M” gifted her a basket of Clevr goodies. That’s right, Oprah is just one of Meghan Markle’s very famous neighbors in Montecito. Oprah wrote, “ Wish I had @clevrblends sooner cause I would’ve added it to my Favorite Things list.” Oprah described the lattes as simply, “delicious.”

Check out her endorsement below:

Not only does this mark the very first investment that Markle has made public, but it also speaks to the Duchess’ passion for the health and wellness industry. Markle often wrote about wellness in her blog, The Tig.  With some comparing The Tig with Gwyneth Paltrow’s brand, Goop, which also started as a blog. Meghan Markle also often describes herself as a “true California-girl” making this partnership all the more fitting. “I’m proud to invest in Hannah’s commitment to sourcing ethical ingredients and creating a product that I personally love and [that] has a holistic approach to wellness,” she told Fortune.

In a statement regarding the announcement, Mendoza wrote, “Entrepreneurs need funding, but they also need advisers who care deeply about what they are building” she said.”I’m grateful to have found both in the Duchess of Sussex,” Mendoza said in the statement. “Her passion for what we’re creating is palpable, and I couldn’t imagine a more aligned partnership. We’re excited for the road ahead.” We have already ordered our very first order of Clevr goodies, and are looking forward to writing a review on the product (come January!).

Use PROMO code DUCHESSLA15 for a discount at checkout.

Will you be ordering Clevr? Let us know in the comments!

We only include products that have been carefully and independently selected by Duchess LA’s editorial team. However, we may receive a portion of sales if you purchase a product through a link in this article.