Prince Harry and The Biden’s Friendship in 13 Photos 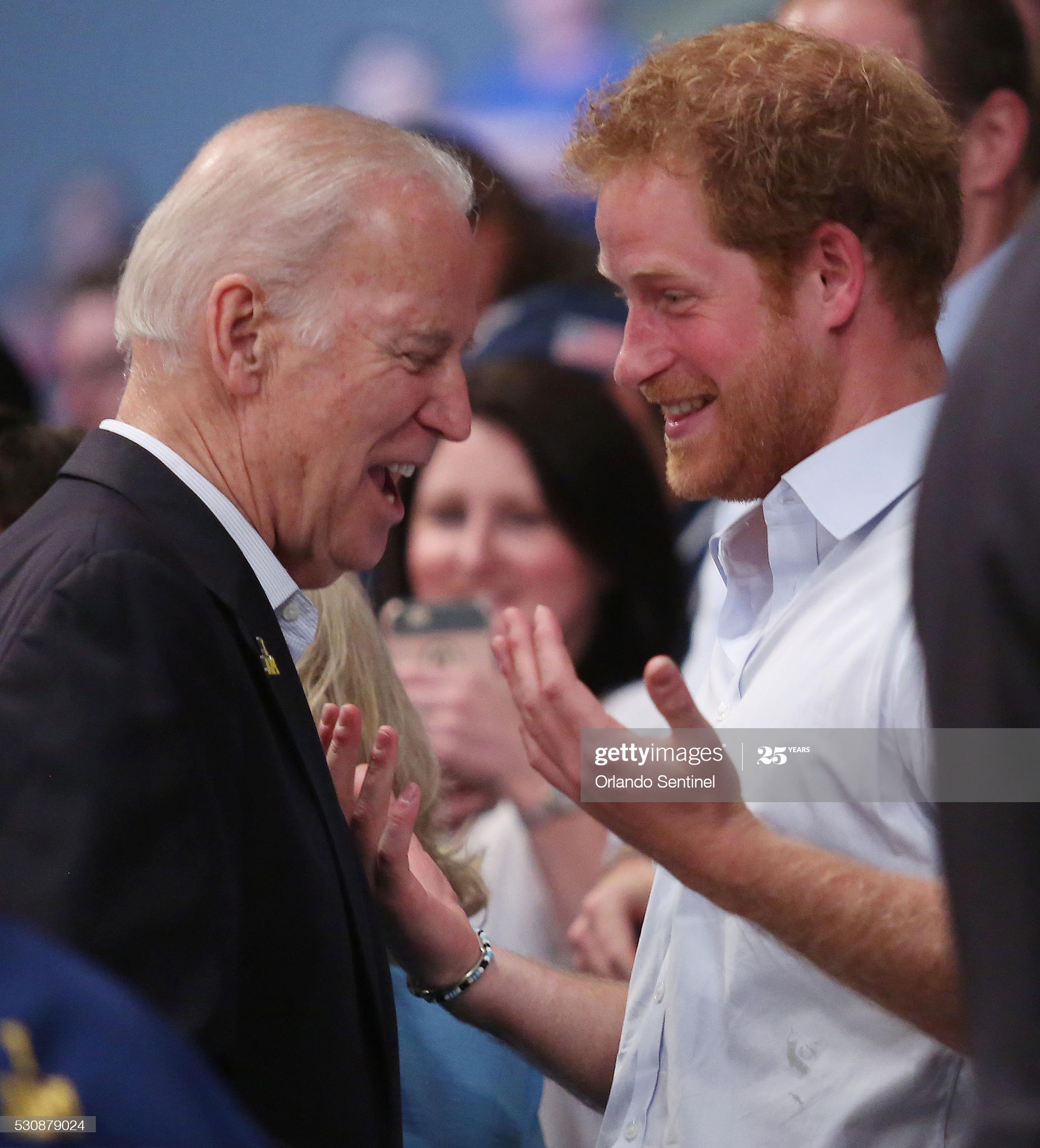 In honor of President Elect, Joe Biden’s birthday today, we wanted to share some pics we discovered online that show the friendship between Prince Harry and the Biden family.

According to our research, Prince Harry first met the Biden’s when he was 28- this is when the first photos of them surfaced. Although it is unclear if they share a close bond, we’d like to think they are friends! Check out these 13 pics that reveal the friendship between Prince Harry and the new first family of the United States, the Biden’s.

They seem to have hit it off right away!

Prince Harry first met Dr. Jill Biden back in 2012 at a reception for British and U.S. wounded warriors. The reception took place at the British Embassy in Washington, D.C. In photos of the event, the Duke of Sussex appears all smiles as he stands besides the future fist lady of the United States, Dr. Jill Biden.

Jill Biden once again welcomed Prince Harry to the states in May of the following year. During his 2013, U.S. tour, Prince Harry made the White House his very first stop where he met with familiar faces, Jill Biden and some new ones, Michelle Obama. Peep how the two like to stand next to each other- friends! The group attended an event to honor military families at the White House. Having served in the military for about 10 years, Prince Harry never misses an opportunity to pay tribute to those who have fought and served for their country.

They support the same charities.

The Biden’s have always been huge supporters of the Invictus Games. The Invictus Games are an international competition for wounded service people that occurs every year. The Games were actually founded by the Duke of Sussex himself after he attending the Warrior Games, here in the states.

More awesome work for our Vets.

A couple years after Prince Harry met with Dr. Jill Biden and Michelle Obama at the White House, the group reunited in 2015 to attend a Wounded Warriors wheelchair basketball game. Wounded Warriors is a non-profit organization that offers a variety of services and events for wounded veterans of the military following September 11, 2001. In the photo above, Dr. Jill Biden can be seen sitting alongside Prince Harry who was 32 at the time.

In one of our favorite photographs we uncovered, President-elect Joe Biden joins Prince Harry once again at the Invictus Games. This times in 2016 just 2 years after Prince Harry launched the initiative. The two can be seen sharing a laugh with fans looking on and taking photos of the encounter. If this doesn’t speak to the bond the two have, we don’t know what else does!

They like to sit next to each other at games.

Later in the trip, the two were photographed next to each other enjoying the USA vs. Denmark Rugby finals at the Invictus Games, 2016. We noticed the two often like to sit next to each other as they root for each of their teams in a little friendly competition. The two were joined by Dr.Jill Biden as well.

The following year, not only did the Biden’s attend the 2017 Invictus Games, but they also brought along a familiar face, President Barack Obama. President-elect, Joe Biden, Dr. Jill Biden, President Barack Obama and Prince Harry sat side by side as they watched Game 7 of the wheelchair basketball tournament. The games were held in Toronto, Canada this particular year- did Meghan Markle influence Prince Harry to host the games in Toronto? It’s possible, as the future Duchess of Sussex was in Canada filming, Suits.

They get really into the game (together).

The following day, Prince Harry was joined yet again, by Dr. Jill Biden and Joe Biden. The group was super animated as they watched the wheelchair basketball finals on Day 8 of the Invictus Games.

Prince Harry also takes inspiration from the future President of the United States as well. In a speech he delivered at a digital summit for his sustainable tourism venture, Travalyst, Prince Harry said, “We need to build back -but we need to build back better, and that means there’s a responsibility—a responsibility we cannot avoid or dismiss—for us to reshape this industry in a way that benefits everyone and everything for decades to come.” The slogan “Build Back Better,” happened to be the campaign slogan for President-elect Joe Biden at the time the speech was delivered.

If this isn’t friend-goals, we don’t know what is.

And to close, one a photograph of President-elect Joe Biden with his arm around Prince Harry. The two were photographed at yet another Invictus Games, this time in 2016. The famous friends were spotted watching the USA vs Denmark wheelchair rugby match. This particular year, the Invictus Games were held in the states, Orlando to be exact. Joe Biden attended with Dr. Biden who is not photographed in this particular shot. Whether or not the two are close is up for debate, but these photos definitely show a special bong between the two.

Will Prince Harry be visiting the White House? Will he be bringing Meghan Markle? Do you think Prince Harry and President-Elect, Joe Biden #FriendshipGoals? Let us know what you think in the comments.