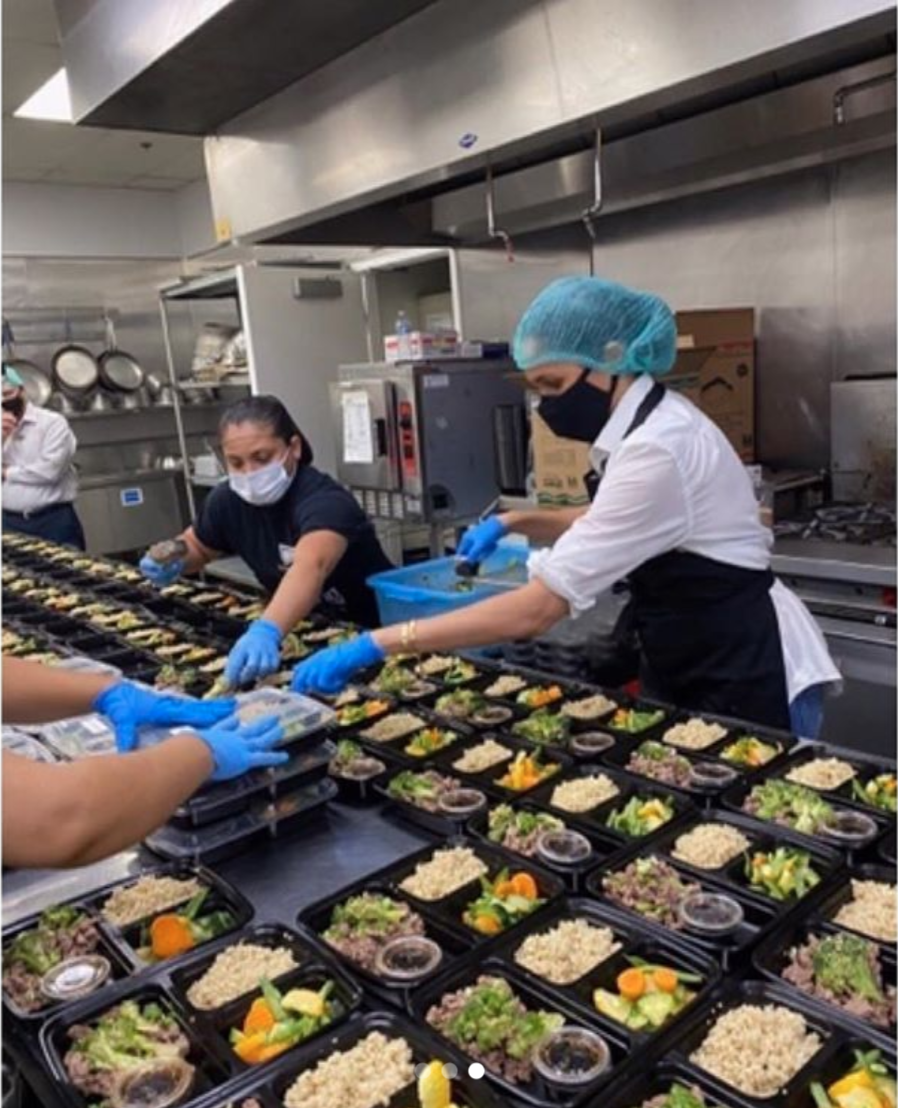 Amazon Studios and Homeboy Industries will provide meals for 800 poll workers working in select voting centers located in under resourced and marginalized areas throughout Los Angeles.

Some of our readers (and local Angelinos) may remember Homeboy Industries as one of our featured charities in the Charity Spotlight series. You could say Homeboy Industries is one of Meghan Markle’s favorite local organizations. There have been reports of the Duchess of Sussex visiting the location with her mother, Doria Ragland, prior to becoming a Royal. Markle even introduced Prince Harry to the group, bringing him along to volunteer at the downtown Los Angeles location earlier this year.

Homeboy Industries is a Los Angeles-based non-profit dedicated to gang rehabilitation and re-entry of formerly incarcerated individuals. In fact, the organization is the largest gang rehabilitation program in the world. Homeboy Industries offers an 18-month employment and re-entry program as well as services such as tattoo removal and substance abuse help. The organization provides employment opportunities by way of their bakery, Homeboy Bakery and cafe, Homegirl Cafe. Amazon Studios must be keeping Homeboy Industries busy since their Oct. 29th announcement, prepping and soon distributing meals to 55 centers in areas including East LA, Palmdale, Compton and San Fernando.

“Amazon Studios is honored to be working with Homeboy Industries, who have made such incredible strides in helping individuals redirect their lives and become contributing members of our community,” said Head of Amazon Studios, Jennifer Salke. This Election Day will be unlike any other- not only politically, but also due to the obstacles brought on by the COVID-19 pandemic. Amazon Studios and Homeboy Industries are working to relieve some of that stress. “In this critical election year, we want to support and be there in meaningful and impactful ways for our local communities, who have always supported Amazon Studios and our business. We understand Election Day will be difficult this year due to the pandemic, so with the help of Homeboy, we’re glad to provide food and some relief for the poll workers. It’s important for us to all come together as a community and support each other this Election Day,” Salke went no to say.

For the city of Los Angeles and Homeboy Industries its more than just about free meals but also about democracy. “We are honored to partner with Amazon Studios to supply Election Day volunteers healthy and delicious meals as they enable democracy in the most deserving communities in Los Angeles,” said Arlin Crane, Vice President of Social Enterprises at Homeboy Industries.

Their work is even being recognized by Los Angeles Mayor Garcetti who commented, “Elections are the cornerstone of our democracy, and we have to do everything in our power to preserve, promote, and defend the sacred right of all voters to cast a ballot and have a voice in shaping our government and our future.” Garcetti went on to say “By providing meals and support to local poll workers, Amazon and Homeboy are tapping into the best of the Angeleno spirit: coming together to strengthen the process by which we choose our leaders, dictate a more just and equitable society, and determine the kind of city and nation we can be.”

This will be a historic Presidential Election and polls are expected to be busy in some parts of the country. Already early voter turn out has been record-breaking with nearly 100 million people already having cast their vote. Have you cast your vote already? If you have not already voted, be sure to find your local voting poll HERE. Happy Election Day!