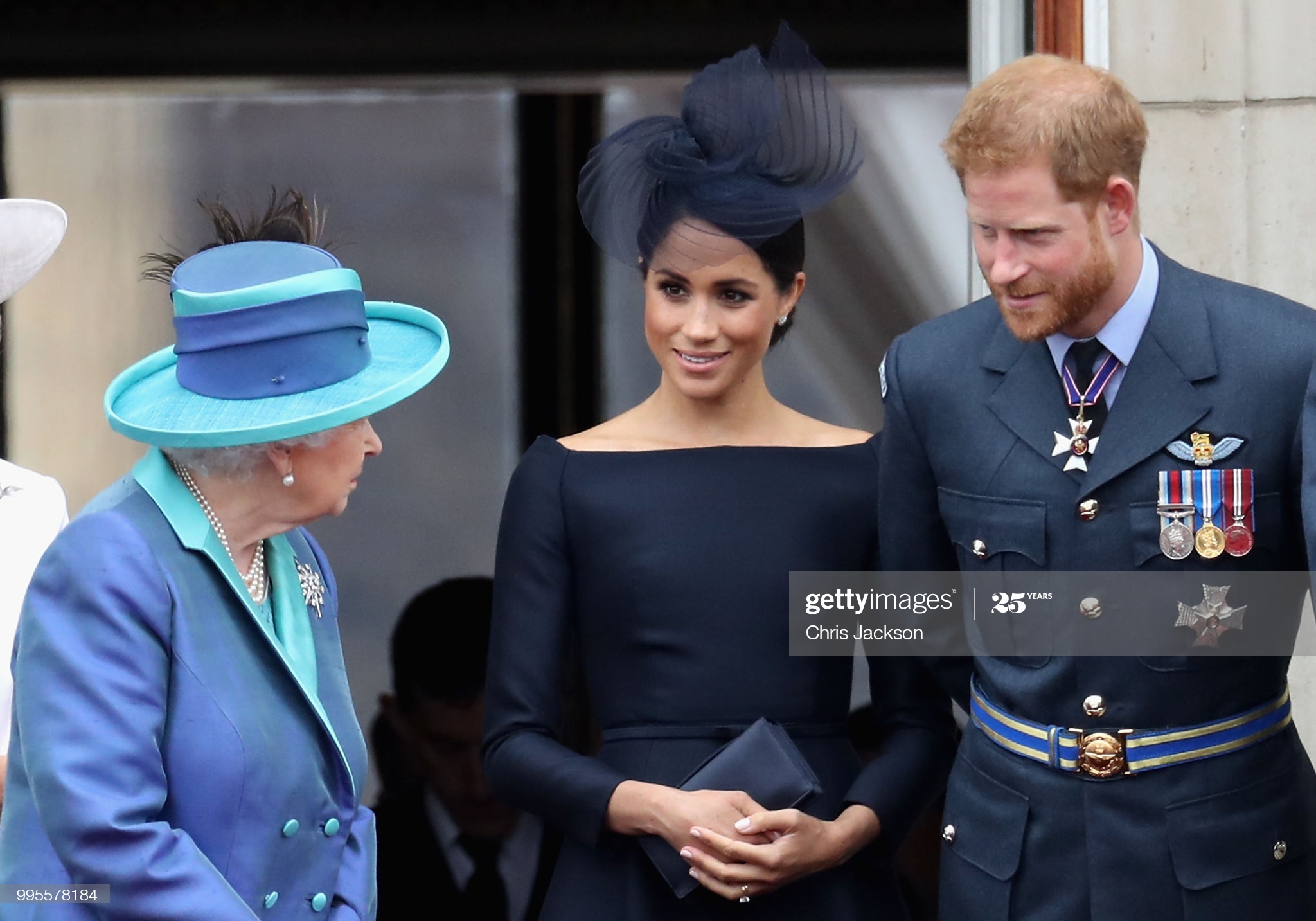 The Royal family prides itself on keeping their private lives private. Although Her Royal Highness, Queen Elizabeth II is one of the most famous people in the world, we don’t really know much regarding her private life.

At DuchessLA we often wonder: how exactly does Queen Elizabeth feel about Meghan Markle?

Thanks to the internet we found these very sweet moments that prove Meghan Markle and Queen Elizabeth have a close and unique bond.

7. When the Queen wished Meghan a Happy Birthday – even after she left the Royal family.

The Queen has to be one of the busiest people in the world – so if she forgets your birthday, she gets a pass, after-all she is the Queen. Still, the Queen sent Meghan birthday wishes by way of her official Instagram. The account which is run on behalf of Queen Elizabeth, Prince Philip, and the royal family as a whole posted a loving message to Meghan alongside an image from one of their most iconic public appearances together- keep scrolling to find out why this moment was so memorable.

6. When they stand next to each other at Royal events.

The list of people who can stand at the Buckingham Palace balcony is short and sweet. Not only is it pretty tough to make it to the balcony, but standing next to the Queen is an even bigger deal. Meghan has done so now on multiple occasions. The Duchess of Sussex is often by the side of the Queen, which tells us the Queen must approve. In this instance, the two are photographed on the balcony at Buckingham Palace during the June 9th, 2018 Trooping The Colour.

5. When the Queen told Harry, he and Meghan can return at any time.

A little known fact about Meghan and Prince Harry’s departure from the Royal family is that the Queen informed them she has an open-door policy. Meaning, the two are welcome to come back to their Royal duties at any time. In the book, Finding Freedom, a book about the Sussex, authors Omid Scobie and Carolyn Durand state that “…the Queen made it clear to Harry that she would always support him in whatever he decided to do”. They go on to say, “It’s been made very clear they can come back whenever they want, when they’re ready.”

4. Any time Meghan looks at the Queen.

We know the Queen and Meghan hold a special bond in the way Meghan so lovely looks up at the Queen. In this instance, Queen Elizabeth II, Meghan, The Duchess of Sussex, and Prince Harry attended the flypast which marked the centenary of the Royal Air Force. The Royals watched the flypast from the balcony of Buckingham Palace where Markle was all smiles as she stood next to the Queen (as she often does). The way Meghan looks at the Queen really makes you believe she looks up to her.

3. When Meghan got involved in the Queen’s charity work.

We got another glimpse at Meghan and Queen Elizabeth’s special bond when Meghan joyfully joined the Queen in visiting the Storyhouse in Chester, England. In the image, volunteers are seen reading to children as the Queen and Markle drop in. This particular appearance took place on June 14th, 2018, just one month after Meghan Markle married Prince Harry. This also happens to be Markle’s first public appearance as The Duchess of Sussex.

In one of our favorite moments between Queen Elizabeth II and Meghan Markle, Meghan was actually nowhere in sight. In fact, it was her adopted beagle, Guy who got the royal treatment. That’s right, the adorable pup is Queen Elizabeth-approved and even got to ride with her in her private vehicle. It was first reported that the Queen rode with the pup to Markle and Prince Harry’s wedding but that theory was later debunked.

1. Meghan Markle and Queen Elizabeth II laughing it up.

Lastly, in one of the most iconic moments, Queen Elizabeth II and Meghan Markle were spotted enjoying a laugh while seated next to each other at the Mersey Gateway Bridge opening ceremony. The photos, show a close bond between Markle and Queen Elizabeth as revealed by their body language and of course, their big smiles.