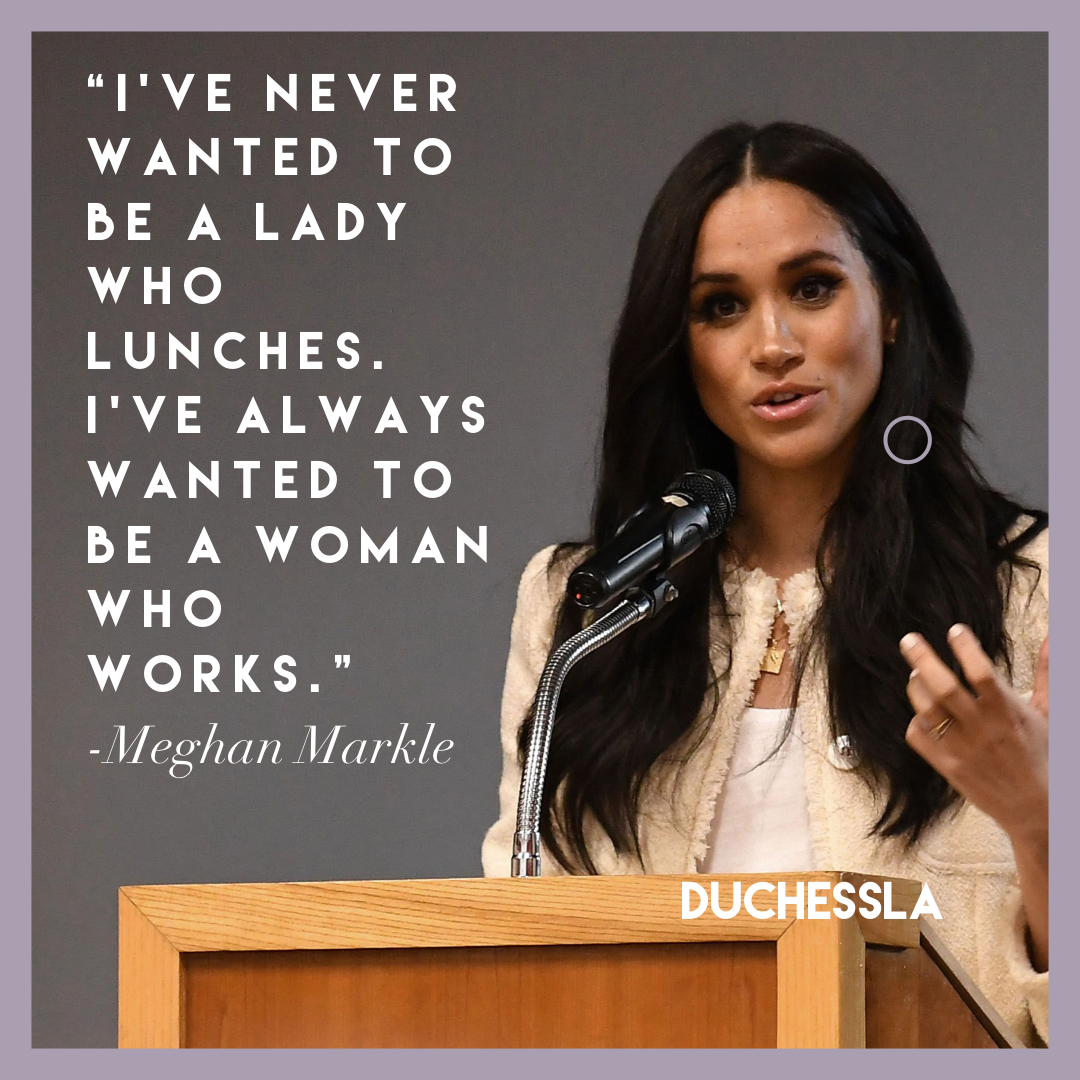 Meghan has never been shy about supporting the feminist movement. Here is a list of our favorite Meghan quotes on girl-power and feminism.

3. On the impact that women have on society: “When girls are given the right tools to succeed, they can create incredible futures, not only for themselves but also for those around them.”

4. On the feminist uniform: “You can be a Woman who wants to look good and still stand up for the equality of Women. There’s no uniform for feminism; you are a feminist exactly the way you are.”

5. On Women’s Suffrage and Feminism: “Women’s suffrage is about feminism, but feminism is about fairness.”

6. On Gender Equality and conversation: “That’s what gender equality means for me and having men part of that conversation saying theres nothing threatening about a woman coming up to the same level, it’s our safety in numbers, this is our power and our strength as a team.”

7. On including Women in the decision-making process: “Women make up more than half of the world’s population…so it is neither just nor practical for their voices, for our voices, to go unheard at the highest levels of decision-making. The way that we change that, in my opinion, is to mobilize girls and women to see their value as leaders, and to support them in these efforts.”

9. One of the best Meghan quotes of all time, you are enough!: “You need to know that you’re enough- a mantra that has now ingrained itself so deeply within me that not a day goes by without hearing it chime in my head. That five pounds lost won’t make you happier, that more makeup won’t make you prettier, that now iconic saying from Jerry Maguire, ‘You complete me,’ frankly, isn’t true. You are complete with or without a partner. You are enough just as you are.”

10. And lastly, a quote on staying true to yourself no matter who you marry: “I’m still the same person that I am, and I’ve never defined myself by my relationships.”